We’re now roughly a month out from the launch of the Karvenheim Kickstarter campaign, featuring a modular dwarf town, army and townsfolk – and the reveals keep coming thick and fast!

Speaking of things that are both thick and fast, today we’re excited to share another unit of dwarven fighters, the Valkyrak Spear Maidens! These formidable warrior women count themselves among the more elite ranks of Karvenheim’s defence force, and many a goblin has drawn its final breath impaled upon the tip of their rune-etched spears. 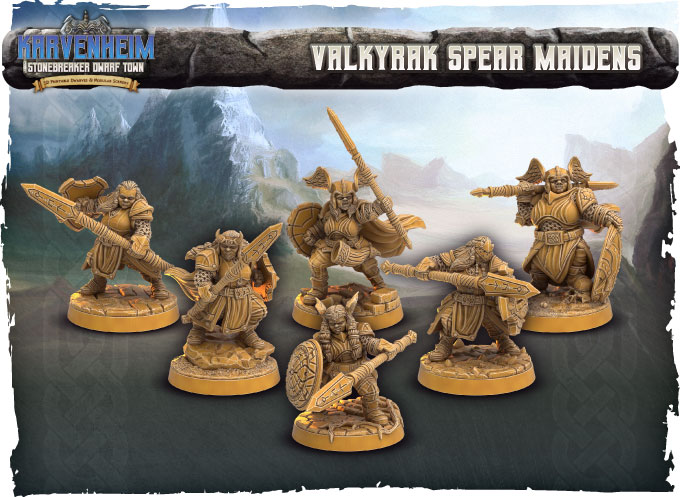 The Spear Maidens aren’t the only thing we have to show this week – we have another fantastic modular building too. Stonebreaker dwarves typically carve their settlements from solid stone deep under the mountains, so expanding vertically is second nature to them. This habit carries through to their above-ground settlements too, represented by buildings like this austere dwarven tenement. 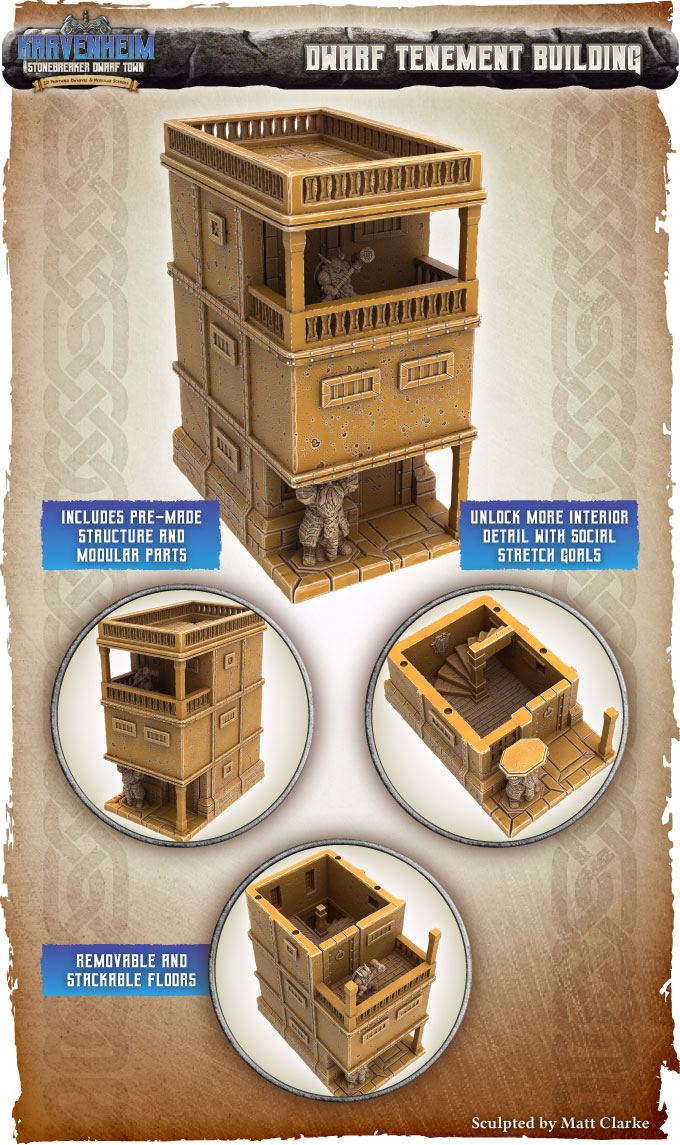 When it comes to housing the less wealthy dwarves of Karvenheim, the motto is “stuff ‘em in and stack ‘em high”. And thanks to the modular nature of the buildings in this campaign, you can keep adding floors to build as tall as you like. The dwarven equivalent of a skyscraper would provide a truly unique location for a TTRPG quest or a tabletop skirmish game.