We just added a whole arena’s worth of fighters, knights and paladins to our online store! These peerless warriors are fantastic for representing a whole range of characters in your TTRPG games, or as heroes in your favourite tabletop wargame.

The noble brothers and sisters of the legendary Steelwatch are sworn to protect the Kingdom of Kaerannion. While they spend much of their lives sequestered within the network of megalithic fortresses known as the Steelwatch Bastions, every Steelwatch Paladin is expected to embark upon a personal quest at least once in their period of service, seeking honour and enlightenment in distant lands. 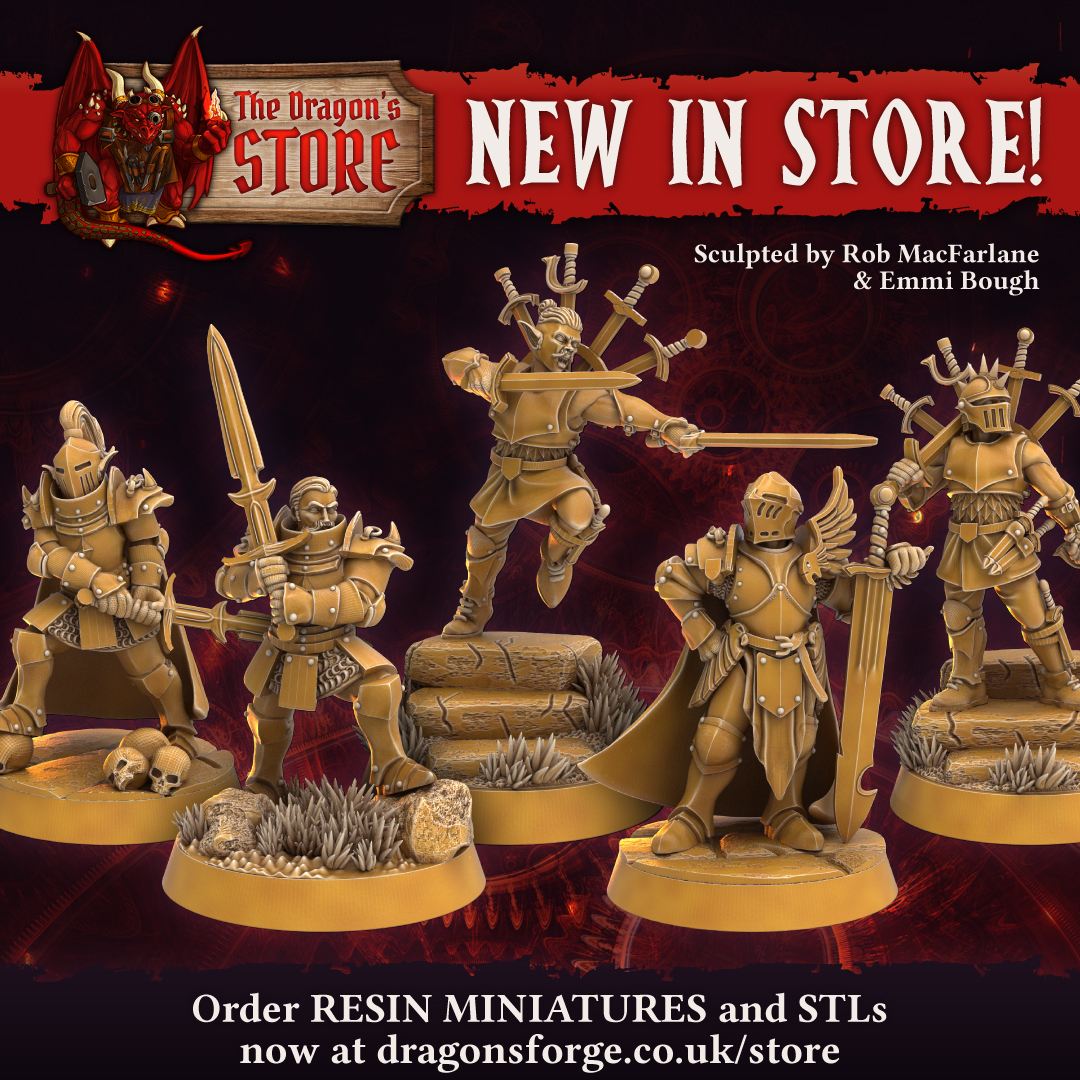 Lighter armoured Steelwatch Fighters are typically newer initiates, and their ranks may even be bolstered by mercenaries during hard times. It’s not just humans either, with elves and half-orcs also taking up arms for their respective causes, be that honour, glory, revenge or just good old-fashioned loot.

You can order these highly detailed resin miniatures right now in 28mm, 32mm or even 54mm scale, or download pre-supported STLs to 3D print at home.