Karvenheim: A City Hewn From Stone

The great town of Karvenheim is fairly atypical for a dwarf settlement, what with it being located on the outside of a mountain and all. After being driven from their subterranean halls by a ferocious dragon, the Stonebreaker clan began carving a temporary settlement from the exposed rock of the surrounding foothills and haven’t stopped since. 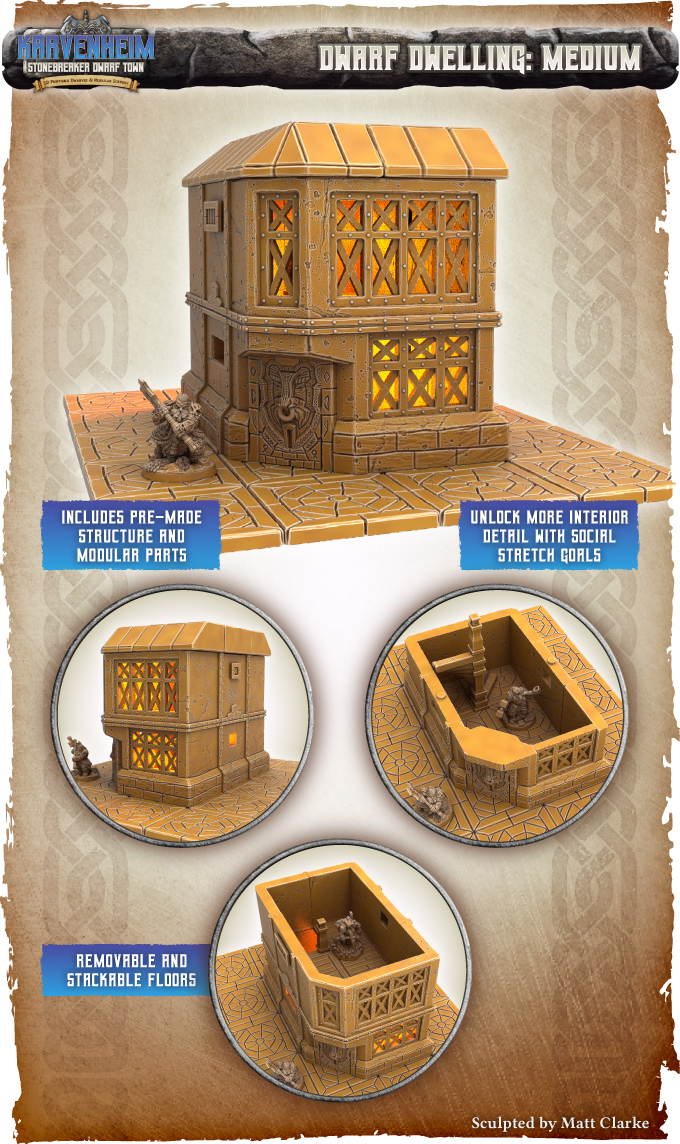 Centuries later, that settlement is now a thriving town. The dwarves steadfastly refuse to call it a city despite its impressive size – no settlement above ground counts as a true city after all. And naturally, despite being hundreds of years old, the Stonebreakers still consider Karvenheim to be a temporary solution until they can retake their true home under the neighbouring mountain. 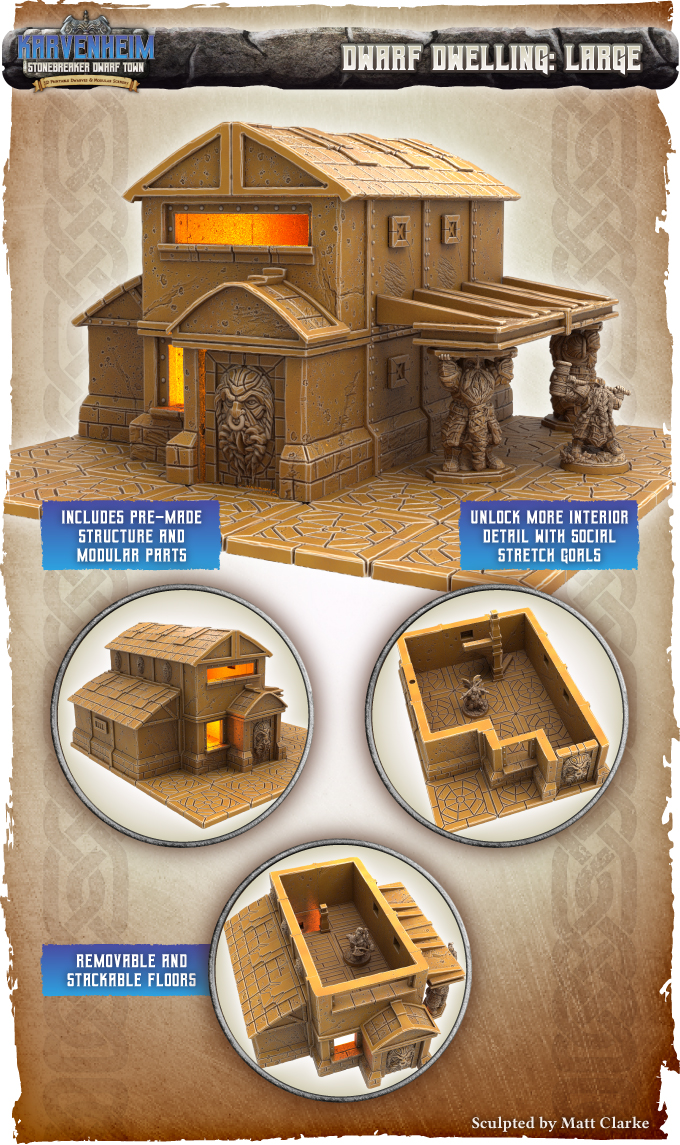 Soon you’ll be able to recreate the grand dwarf town of Karvenheim on your tabletop by backing our Kickstarter campaign when it launches in March. The medium and large dwellings shown here are just two of the numerous modular buildings included in the core collection, and we have even more awesome stretch goal terrain planned too!